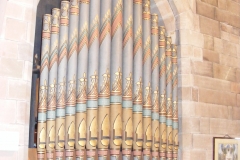 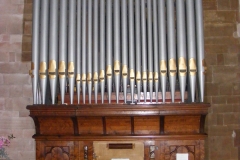 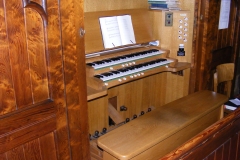 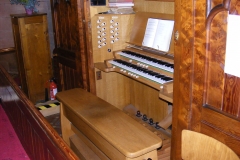 The first organist of St. John’s was Frances Davies, a cousin of composer Sir Henry Walford Davies (1869-1941), who was Master of the King’s Music after Sir Edward Elgar, from 1934 until his death. Frances became Mrs Pickard when she married, then after being widowed became Mrs Lloyd. She played the organ for the church for over 50 years until she died at the age of 90.

We have been fortunate to have several organists at St. John’s, but our ‘official’ organist was Derek Morris from 1971 until he passed away in 2020 in the COVID-19 pandemic. Gwen Reeves has been our main organist since Derek became too poorly to play regularly in 2018/19.

Online newsletters have address, telephone and email information removed to preserve the online privacy of individuals.